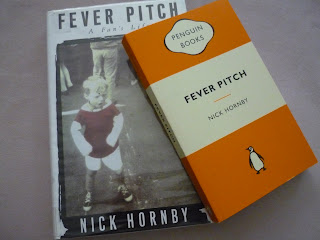 I used to belong to a book club with a few of my closest friends and workmates. We would meet every two months to discuss a common book as well as other reading we had been doing. I really enjoyed the discussions and the fact that I discovered books I would not ordinarily have read. Unfortunately that book club came to an end - it died a natural death in a way, other commitments became more important and it became difficult to get everyone together.
I have been thinking about joining another book club/group lately but the reality is that my time is probably taken up even more now and I don't think I really have the time or energy to commit to a new group of people right now.
So, that is when I came up with the idea of starting a book club with my partner! We read VERY different books normally and while we do share with each other stories and quotes from what we are reading it is still a very singular activity for us. When I broached the idea to him this week he seemed to go for it - I was very generous and gave him the honour of selecting our very first joint read - and he has chosen Fever Pitch by Nick Hornby. The book is a sporting fan's memoir - Nick Hornby's relationship with his beloved football team, Arsenal (which also happens to be the team my partner supports which I believe may have had something to do with his book selection!).
We don't really have any guidelines for the "club" - we will both read the book at our own pace over the next couple of weeks and have a chat about it (probably during and when we finish). After that it's my turn to choose a book...
Posted by Karen at 11:33 PM

What a fabulous idea! I hope it opens up new literature for you both.

I read Fever Pitch a number of years ago and don't remember much about it except for there being a film version with Colin Firth. I like Hornby's humour though and read a few of his earlier novels (my favourite being High Fidelity).

What a nice idea! I feel like Tony and I informally do this, as we generally wind up chatting about whatever we've been reading each night in bed before we fall asleep. And of course, if one of us is reading something really good, we always urge the other one to also give it a go. I hope this winds up being a really rewarding experience for the both of you!

I'm gearing up to start reading Nick Hornby novels, so I'll be interested as to whether you like Fever Pitch. Not a subject I would gravitate to, but if the writing is good...

I just read Fever Pitch a couple months ago and enjoyed it. :) Sounds like a fun thing to do!

I don't think I could do this with my husband as I would end up just reading The Lord of the Rings Trilogy over and over again!

This is such a good idea, my husband likes reading but we have very different tastes, I might suggest this idea to him!!

Hi Claire - you have tweaked my interest now - anything with Colin Firth and I'm excited!

Hi Steph - I'm a little afraid about the sci-fi/fantasy books I may be "forced" to read but I'm sure it will be a great experience.

Hi Jane - I'm actually quite a sports fan so I think the subject matter of this one will be ok for me - and Nick Hornby is just so funny I think he could make any topic interesting!

Hi Samantha - I will have to set some clear boundaries to ensure that that doesn't happen with our book club!!

What a wonderful idea... I think I am going to try this with The Converted One and see how it goes!

great idea! my husband and i have read a few of the same books over the years and it often sparks a lively discussion!

i started fever pitch a few weeks ago after scoring it at a library sale. i had to put it down for a bit to do some reviews but am eager to get back to it.

looking forward to hearing how your new book club goes!

Hi Savidgereads - looking forward to hearing about how it goes for you!

Hi Natalie - it sounds like Fever Pitch is a well read book in the blogging world!

What a great idea! What are men for if not to help us amuse ourselveswith books?

I'll immediately grasp your rss feed as I can not in finding your e-mail subscription link or e-newsletter service. Do you have any? Kindly let me realize so that I may just subscribe. Thanks.

Wonderful blog! I found it while surfing around on Yahoo News.

Do you have any suggestions on how to get listed in Yahoo
News? I've been trying for a while but I never seem to get there! Cheers

Stop by my blog; registry cleaner

It's actually a cool and useful piece of info. I'm glad that you simply shared this
useful info with us. Please keep us up to date like this. Thanks for sharing.